What makes a Water Lover?

Being a lifelong ocean lover and sailor, I spend most of my life on or close to the sea. Over the past couple of years I’ve also been actively involved with Passion for Ocean, motivated to make everyone fall in love with our blue origin through ocean festivals and educational events. The Passion for Ocean festival happens every summer in Oslo, Norway, and attracts people of all ages and backgrounds, from professionals to surfers and even the royal crown prince usually attends with his family. Everyone gather to celebrate the ocean, and learn how we can enjoy it, and also which actions we can take to protect it.

When I was invited to visit Biotherm and get to go behind the scenes of their ocean friendly sunscreen, Water Lover, it was my curiosity about the environmental responsibility of the skincare industry that made me say yes. The question I had in the back of my mind was; “is there really such a thing like ocean friendly sunscreen, or are we being “blue eyed”? (pun intended)

I am not alone being a sceptic towards the industry, there’s a growing concern among consumers about natural and safe skincare. We want to know what we put on our skin and wether it’s healthy. Further more, we want to know that it’s healthy to the environment, as we realize that we put an increasing pressure on the nature around, and what we put on our skin will eventually end up in the ocean.

Interestingly enough, what I learned at Biotherm was that their products are in fact based on aquatic ingredients. The history behind the company blew me away! 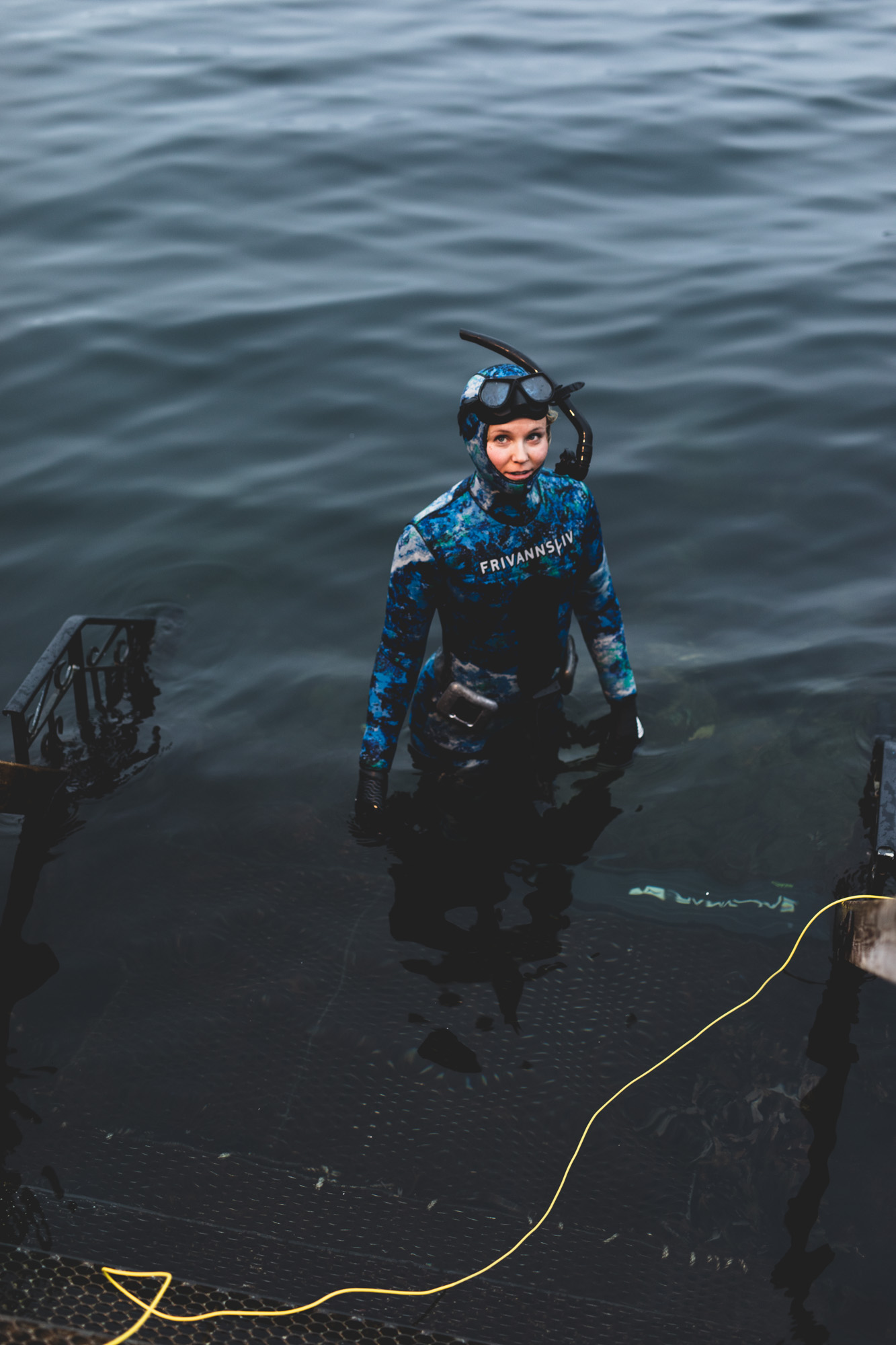 Johanna, Scientific Communication Manager at Biotherm, told me the whole story when I met her in their office in Paris:

“The year was 1952 when Jos Jullien, an army doctor and scientist was visiting the thermal springs in the French Pyrinees where soldiers were sent to heal their skin after World War Two. In this place called the Healing Fountain, one of the most preserved parts of Europe, the soldiers experienced the healing effect of the warm water, that apparently was unlike any other places. Jos Jullien wanted to know what caused this effect, and discovered a white layer on the rocks around the edge of the water, and brought samples to his laboratory to see if this might be the answer to what was causing the healing effect of the soldiers skin.

He discovered that it was a living one-celled micro organism and found that when these connected and formed a string, they would react in a way that caused a regenerating effect on wounds and inflammation on our skin. He called this tiny organism the Life Plankton.

Jos decided that he wanted to use this as an ingredient and produce lotion, and the formula was passed on to Heanine Marissal who established Biotherm – named after the thermal springs.” 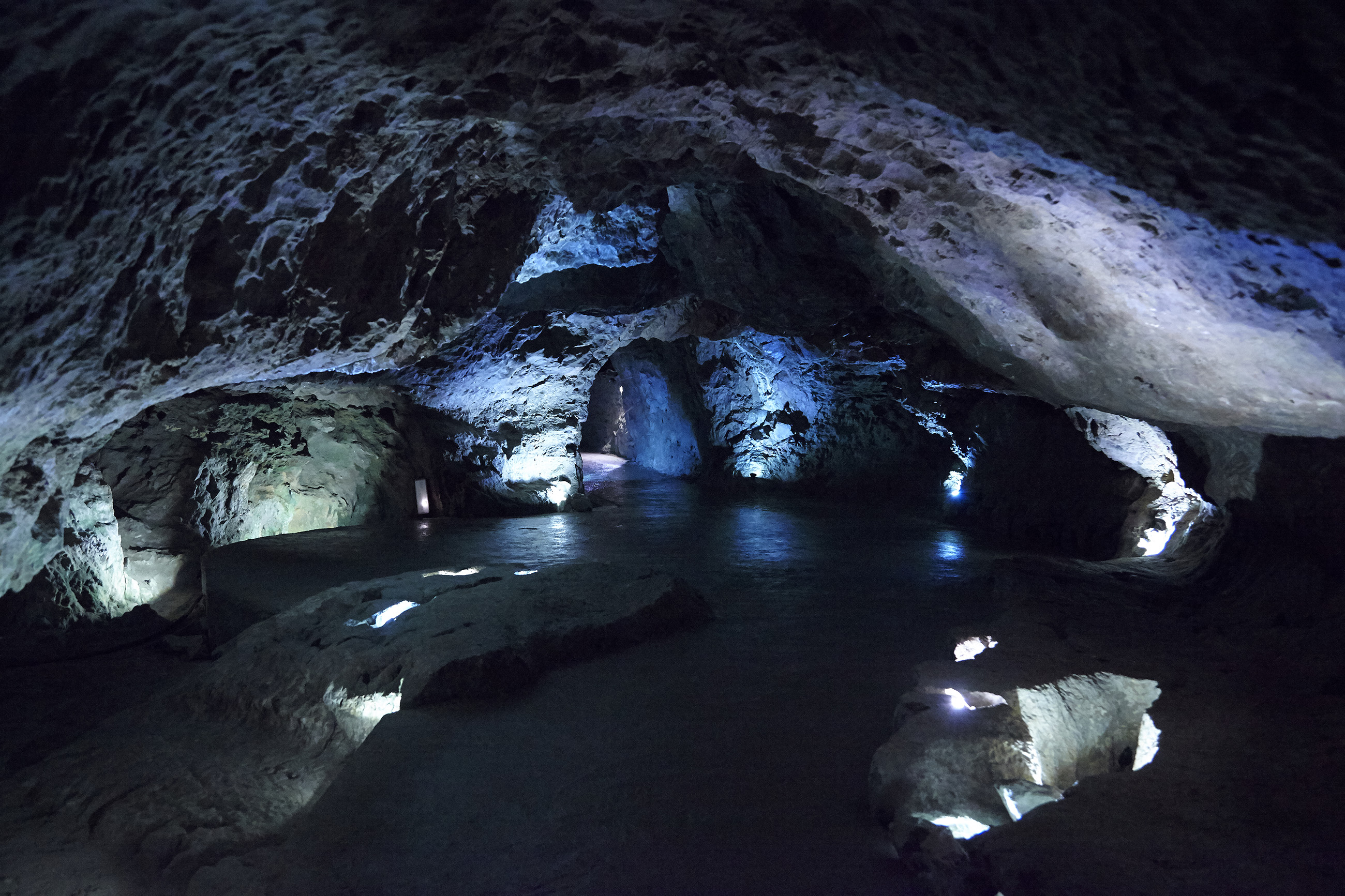 The Healing Fountain in the French Pyrinees where soldiers were sent to heal their skin after World War Two. Photo: Biotherm

Obviously, there would never be enough Life Plankton in these springs to make lotion to everyone. They had to find a way to replicate or grow it somewhere else.

It would finally take a team of scientists eight years to recreate the natural conditions of the healing fountain, in order to grow the Life Plankton in large numbers to make it available to us in 1994.

They developed a process called Fermogenesis, where the Life Plankton grows over a period of 90 days, fed by sugars, vitamins and plant and yeast extract. When my first reaction was that 90 days seemed like a long time, Johanna told me this is about 1,000 times faster than in the thermal springs, and 400,000 times more concentrated!

– What makes this ingredient unique is that it has a dual effect, which means not only does it add for instance antioxidant to your skin, but it also boosts your skin’s own production of antioxidants, Johanna explains. 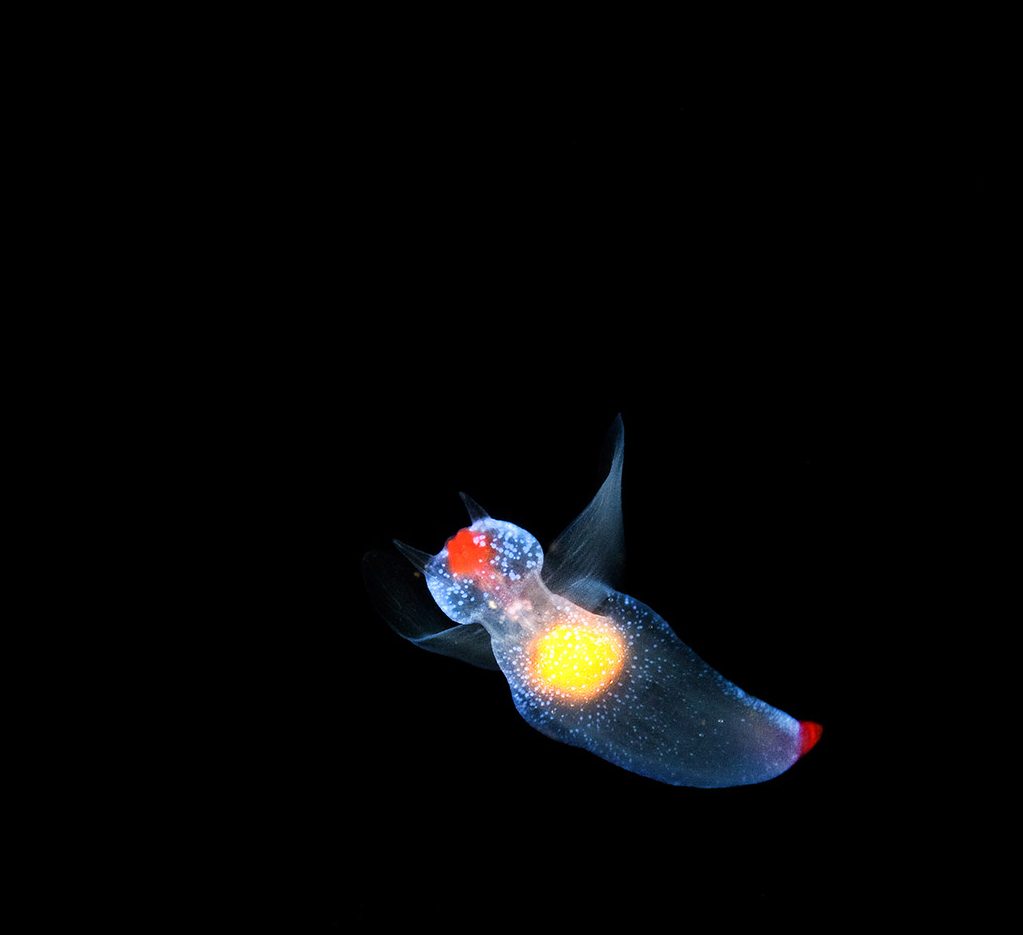 As she continue to talk about the chemistry and proven science behind Biotherm – they work with researchers globally, also from Stanford University –  it strikes me that the scepticism I had towards this industry slowly starts to fade, and that it feels good to know that a global brand like Biotherm is based on aquatic ingredients.

Realizing that the Life Plankton is used in all Biotherm’s products, I am curious on their sunscreen Water Lover – the product which is the actual reason that I’ve traveled to visit Biotherm.

The importance of sunscreen

Most of us put on sunscreen when we go out in the sun and have done so since we were told to by our parents as kids, and later as a conscious action to avoid sun damage or even skin cancer. Personally, it’s particularly over the past three years that I’ve taken this seriously, having lived onboard my sailboat, Viva, and exposed my skin to sun and wind more than most others.

However, my lifestyle on a sailboat has been quite simple – also when it comes to taking care of my skin. With limited space, I cut down on everything I did not have to have. Splashing fresh water in my face every morning and swimming in the salty ocean, felt good enough to me. Sunscreen has really been the only facial product I’ve used. 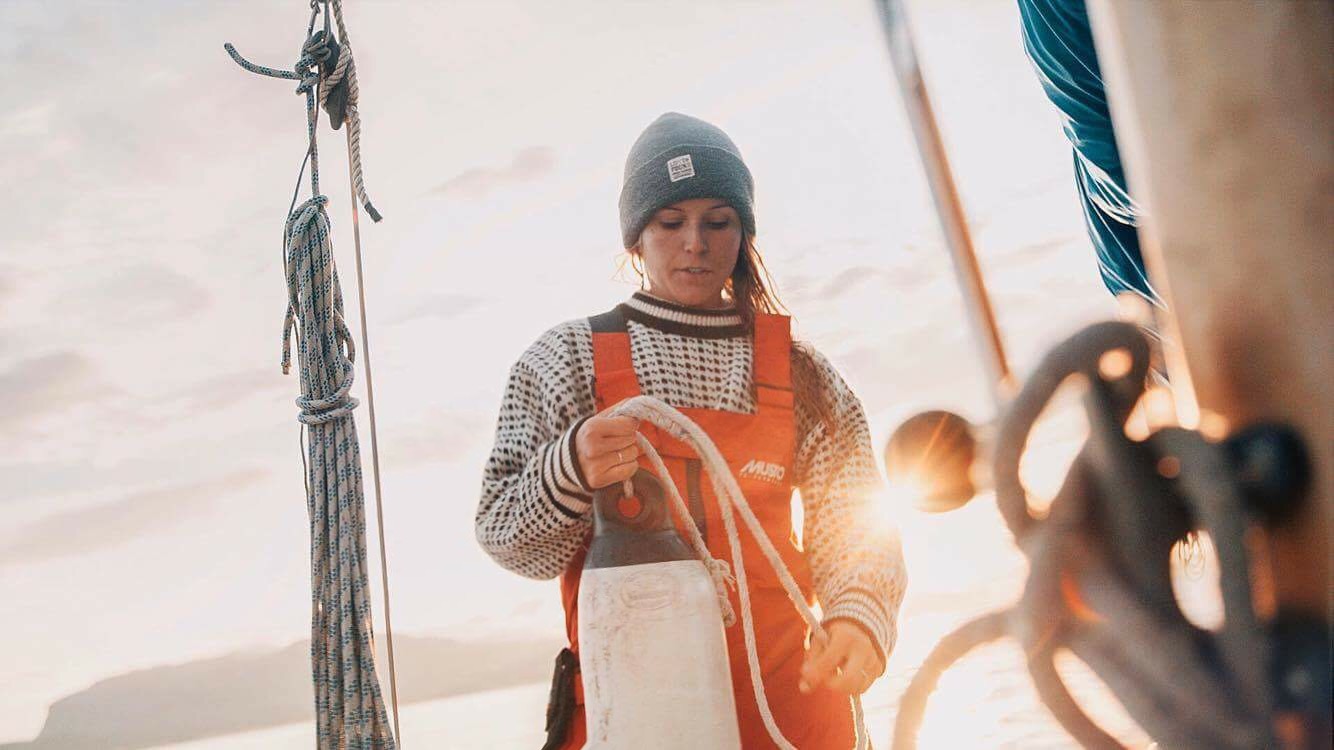 Christine has been living in her sailboat Viva and is used to a lifestyle where sunscreen is indispensable.

Lately there’s been a growing awareness about the pressure we put on the environment, and the ocean in particular. While plastic in the ocean is in focus and being considered on every level, from the UN to elementary schools, the chemical run-off from all the every-day products we surround ourselves with isn’t getting nearly as much attention!

It seems like a no-brainer that toxins doesn’t belong in the environment any more than it does on our skin. However we’ve been using sunscreen that contains harmful ingredients for decades, with more or less knowledge of the long-term effects, because we’ve believed it to be necessary in order to protect us against skin cancer.

When Water Lover was launched in 2017, it had taken their development team seven years to make it and screening of more than 150 ingredients to make the final formula.

– Sunscreen is the first product that comes to mind when we think of skin products and the ocean, because almost immediately after we apply it, we often go swimming. Biotherm wanted to make a product where we show respect to the aquatic world that we all come from. 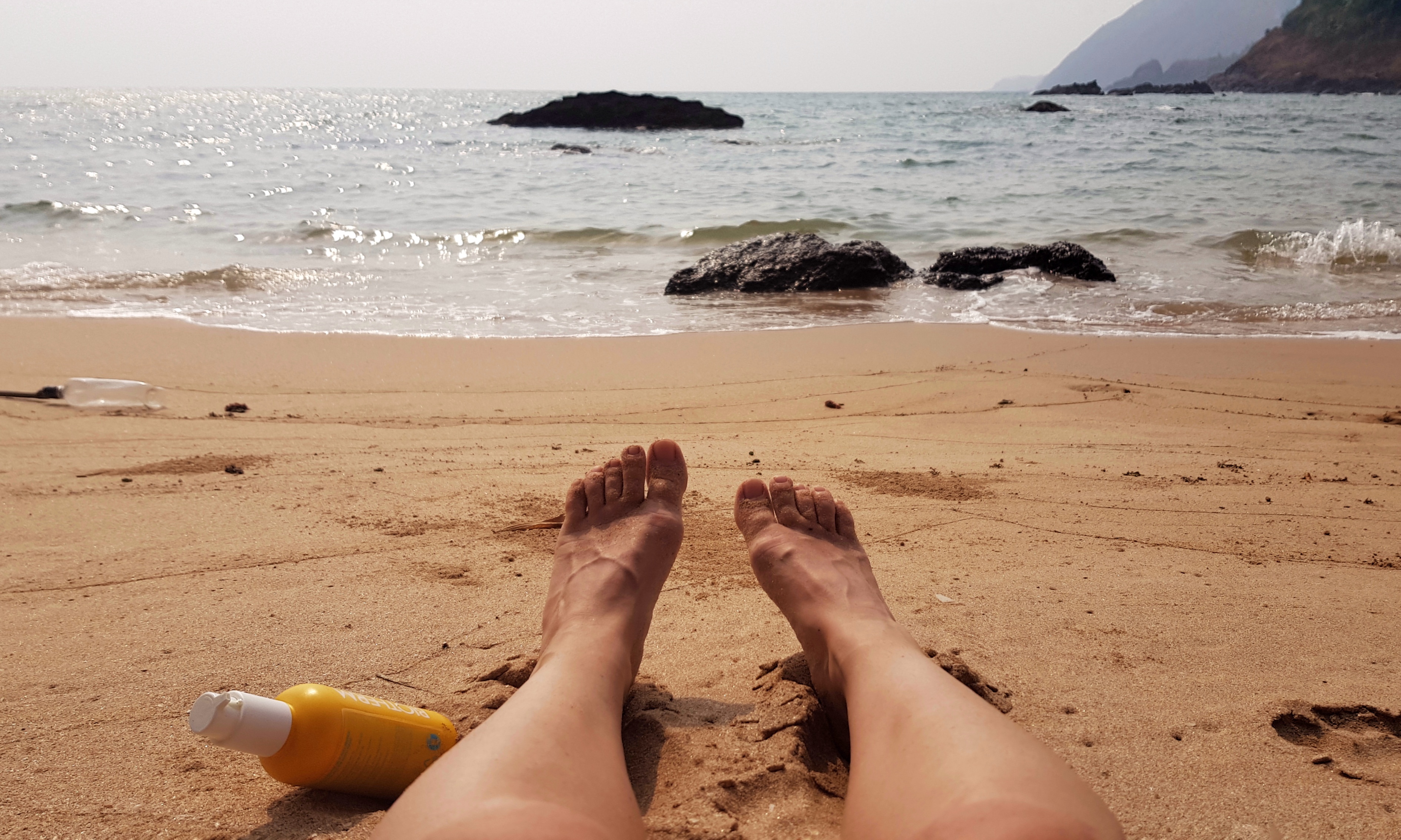 Johanna confirm what I already knew, that most ingredients in regular sunscreen, are not biodegradable.

– It took us seven years to come up with a formula where all the raw materials are biodegradable, and at the same time providing the necessary sun protection without feeling sticky and being easy to apply evenly. The latter is important, otherwise people will use it once, and then leave it. We knew that we need a lot of data on each ingredient on toxicity and tolerance, so we worked closely together with scientists and NGO’s to develop a representative testing platform where we could evaluate the impact of this formula on aquatic ecosystems we find – not only in the ocean, but also in fresh water lakes. 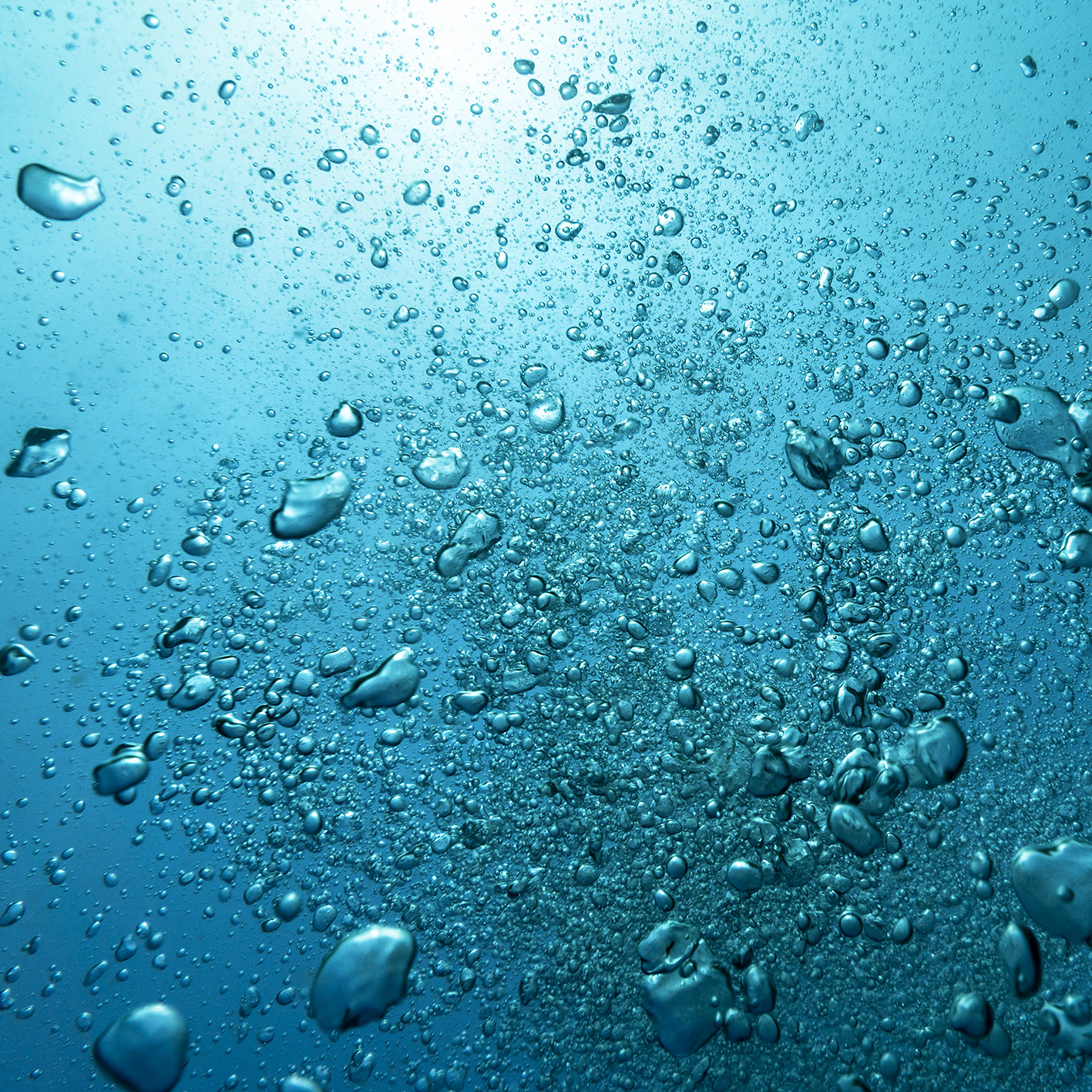 – We’ve tested with corals, plankton and algeas, to make sure that the sun filter and the whole formula of Water Lover has no negative impact on these ecosystems. This is a more holistic method than any other sunscreen we know of, where we’ve seen that some have tested on corals, but not the entire ecosystem.

As she explains this, I can’t help but reach out and grab one of the bottles on the table next to us. It’s a sun-yellow bottle with turquoise logo on, and a pump top. Made of plastic.

– What’s your strategy to reduce plastic in the ocean? I ask.

Expecting this question to be a bit uncomfortable to answer for Johanna. 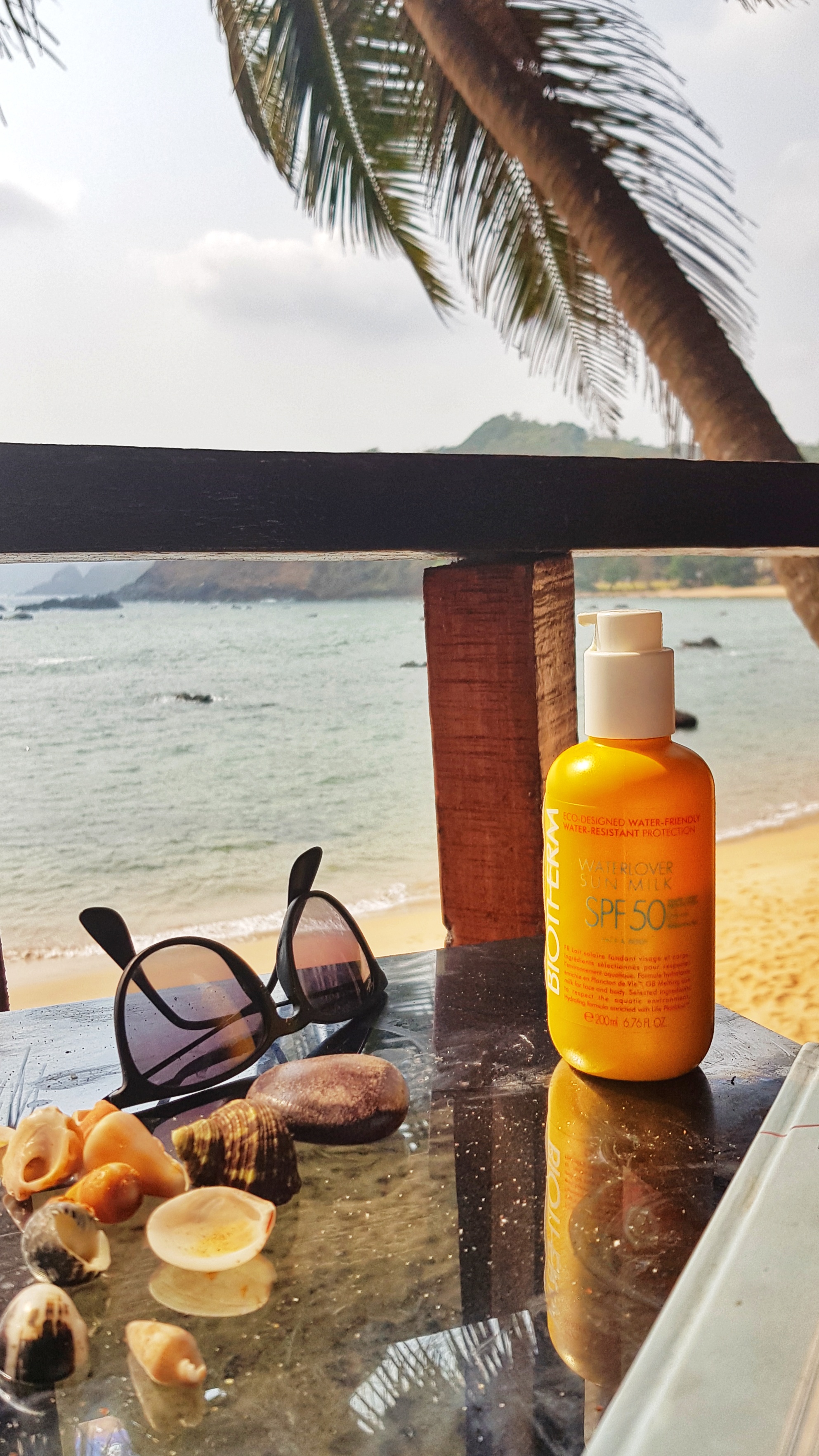 Turns out the bottle is 100% recycled and recyclable, though.

It’s not enough to make an environmental friendly product. When you buy a product, you also buy the packaging. Where we would normally put the bottle inside a paper package, wrapped in transparent plastic, we’re now moving away from this type of packaging and leaving the bottle unprotected to reduce the environmental footprint.

I was hoping that I could have a sneak peak into the laboratory where they grow the Life Plankton, but apparently it’s so secret that no-one from the outside gets to visit! Johanna tells me that the plant is based in Tourre, about one hour outside Paris, and that the Life Plakton is the only ingredient produced at the site.

– The same team that developed the Fermogenesis process in 1994, is the team working there now, keeping the secret, she says.

I get to know that the factory is carbon neutral and runs on 100% renewable energy. When she tells me that they keep bees outside, and grow pollinator friendly plants and flowers, it’s almost too much! 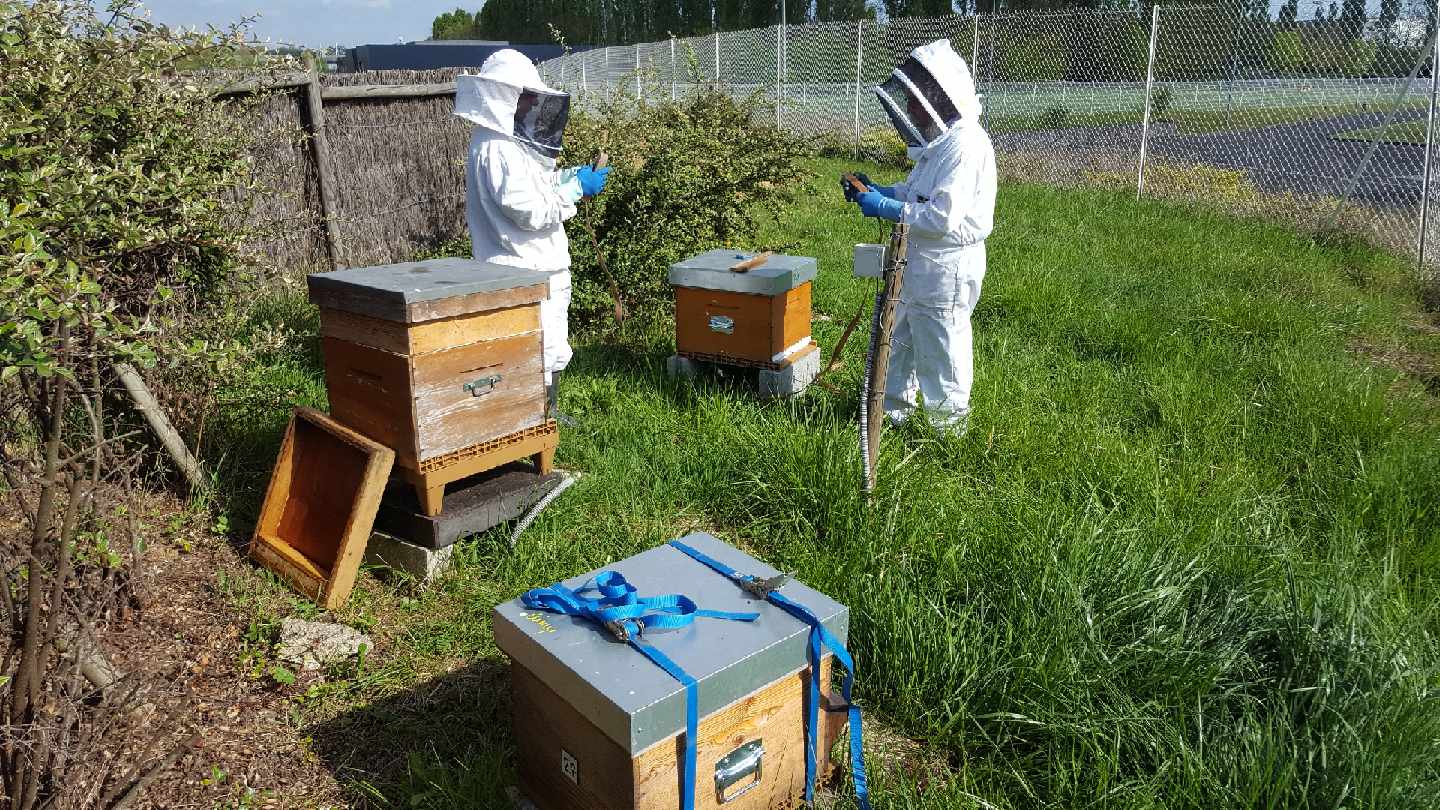 Why the story behind this company isn’t known by more people, I have no idea. These are my personal impressions from visiting Biotherm, realizing that they just made a product describing the essence of themselves – before I continued to one of their partners; Fondation Tara Océan , to learn about their upcoming research expedition, Land-to-Ocean, and to get even closer to the solutions for a healthy ocean with more “water lovers”.

Biotherm is cooperating with Passion for Ocean for a living ocean.